skip to main | skip to sidebar

Collages from the Family Archive

a few of many 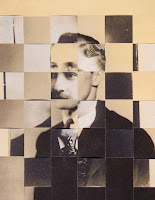 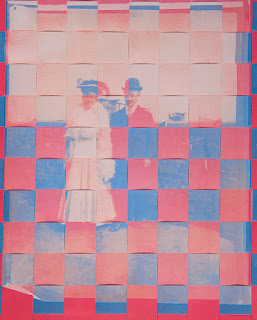 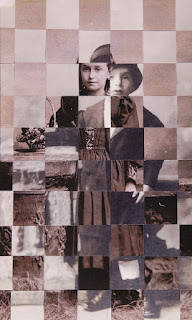 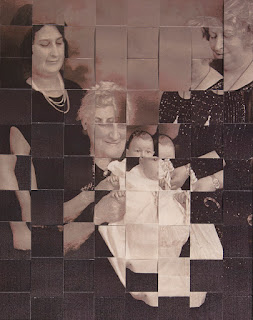 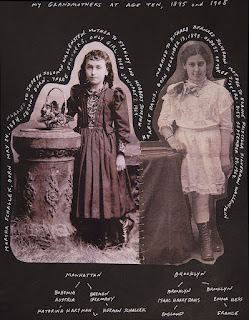 My grandmothers at age 10 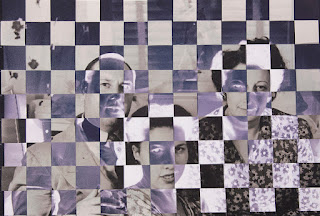 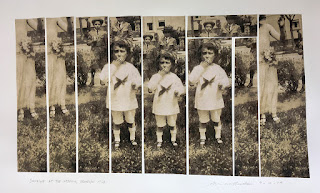 Smoking at the Wedding nd 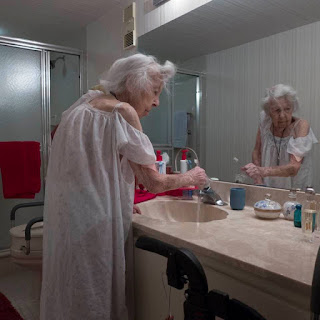 it had been two years- yes two years- since the last time when she was so mean to me i swore i wouldn't come back. but after two years and a phone call every day and enough guilt to form an albatross upon my neck we made the trip.

a hard trip, seeing her frailty, hearing her sadness, her loneliness, her anger, her confusion. but also feeling some of the love that had lost its way over the years.

twenty years of therapy and they put you on the day shift.

Posted by ellen wallenstein at 10:41 AM No comments:

Garry Winogrand: All Things Are Photographable at the Film Forum 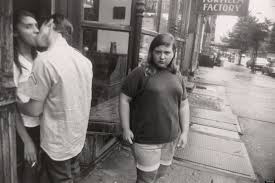 A short, not sweet review of the film by Sasha Waters Freyer

I liked this film overall. I LOVED seeing his work so large on the screen in the theatre, so amazingly deft and dense and full of visual  energy. His observations keen; his timing perfect.

It was also interesting to see his color work, the warm tones of late day sunlight especially, and the 8mm films, slowed down. Stealthily filming a man wolfing down a hot dog, a man drinking coffee, doing ordinary daily life activities. But the films are banal compared to the brilliance of Winogrand's B&W stills, so full of energy. Acute observation and timing skills that managed to let you see all he was seeing/framing.

I HATED the animation between the scenes. Totally “cute” and unnecesary.

Everyone in Winogrand's photos is doing “the dance" as Geoff Dyer said. Dyer was one of several   Talking Heads including Todd Papageorge, Matthew Weiner, Laurie Simmons, Leo Rubenfein, Erin O’Toole and Tom Roma.  (Roma appeared twice or three times ….Really?) Sorry, it bothered me to see him get so much time and attention in Winogrand’s film, whereas Paul McDonough, a photographer and friend who actually shot with him on those same streets in the 1960s (along with Papageorge) was not interviewed or even mentioned. That is a shame, not to mention disrespectful.

Also I think the filmmaker might have done more delving into Winogrand's Austin years at the University of Texas, where he had an incredible effect on the photography community. There are past students and colleagues from that time (David Newman, Michelle Campbell, .ie) who shot with him on the streets etc. and who could have opened a whole other conversation about his teaching methods and visual influence on them.  Filmmaker could have done a little more research.

The movie makes a point about his last work being stronger than those posthumous shows might have us believe. And the filmmaker made a good case for that.  And, truth be told, at his rate of shooting and his manic desire to record life, he couldn’t have possibly kept up with the processing--- shooting was his passion first.  For a prolific photographer like Winogrand, the amount of time to develop and print no less edit and reprint & sit on things is enormous and when your time on earth is limited…. You have to let it go and hope your heirs will sort it out. So far they have been doing their best.


Posted by ellen wallenstein at 7:44 AM No comments: 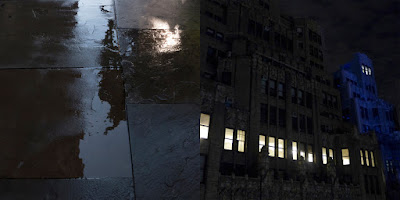 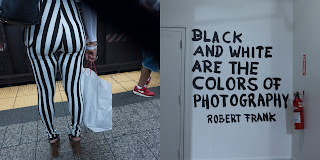 
Posted by ellen wallenstein at 5:04 PM No comments: 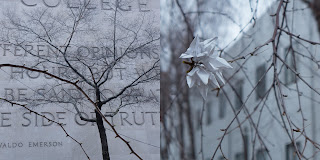 
This post was originally a rant on teaching (I had a bad semester) but I took it down.
I'm over it. Ready to face the next class.

Posted by ellen wallenstein at 2:22 PM No comments: 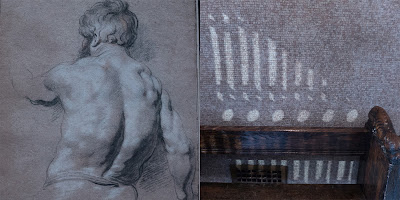 while there to see the Peter Hujar exhibition

(excellent and mind-boggling.  ahead of his time, ahead of our time.) 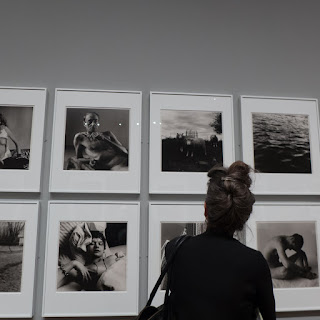 Posted by ellen wallenstein at 8:14 AM No comments: