skip to main | skip to sidebar


David J. Carol attended the School of Visual Arts and The New School for Social Research where he studied under Lisette Model. He was the first assignment photographer for The Image Bank photo agency (now part of Getty Images) at the age of 26. He currently works as the Director of Photography at CBS Outdoor. He is a contributing writer for Rangefinder Magazine and PDN’s Emerging Photographer Magazine. He also serves on the Board of Advisers for the Center for Alternative Photography. 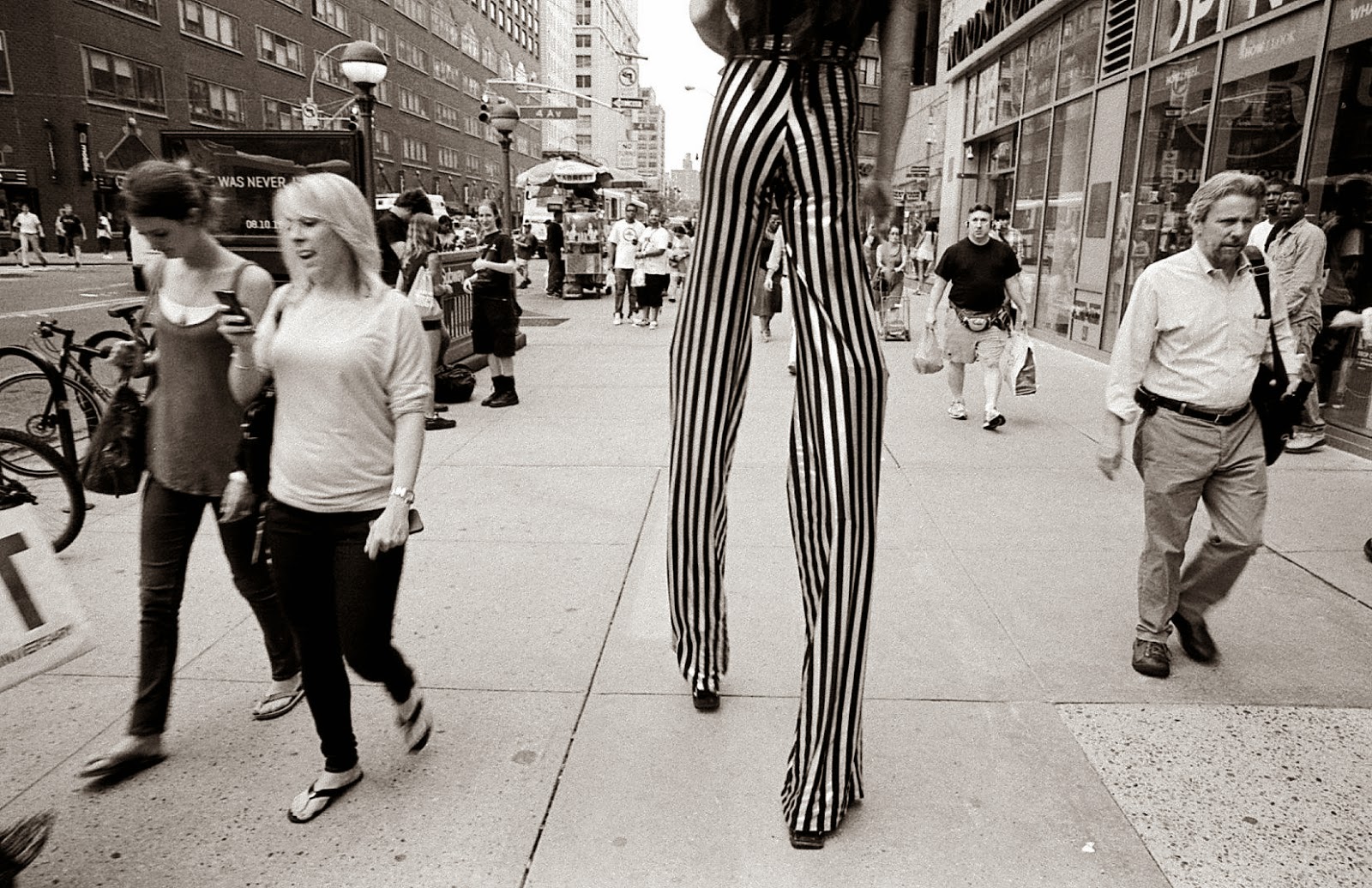 Q1. You seem to be a "voice" in the photo world, maybe even a loud one by now. Was this your intention and/or expectation? If so when did it come about when did you feel you really had something to say to other people?

A1. That’s a really interesting question(s) to me for a few reasons. First of all I have no idea if I'm a "voice" or what the "photo world" is. That being said, I think I’ve figured some stuff out over the last 34 years and I do get satisfaction when I state an opinion or give advice and it actually benefits someone.

I’ve always been opinionated about pretty much anything I care about. I will be completely candid here for better or worse. I have strong beliefs about how photography needs to be approached to be authentic, honest and valuable.  If you take pictures for the right reasons, which basically means, shoot for yourself with no regard to how others will view it, then you’re already ahead of the game.

One caveat here, I’m not talking about commercial work. This is strictly regarding work done as, for lack of a better word "fine art" purposes. There are too many juried shows, instant online books and photo blogs called magazines. It’s a chicken and egg deal going on these days. We have uneducated self-proclaimed curators diluting the photography world through social media and hype. "You too can be in a show, have a book, be on a blog and have instant unearned fame!" This nonsense just didn’t exist a few years back, which gave people time to evolve as humans and artists if you will.

But you have to feed the social media beast with "product" and what you get is banal, insipid and disposable work that has no value or insight. There are way too many naked emperors with the ability to build a website and blog.  I only care about and respect photographers that take pictures based on internal influences as opposed to external influences like the aforementioned shows, books and blogs. How often do you get Facebook invitations to another show of the same trite colorful vapid garbage photos? Everyday!

I don't care if you shoot landscapes, buildings, people or bugs, just do it for yourself and it wont matter who likes it or hates it. If that's the loud voice you asked about then you're right Ellen. I hate all this bullshit 'commerce" driven photography. There are many great photographers working today making insightful, interesting, inspiring and meaningful work. The problem is all this crap dilutes the photo pool and the McDonald faction of the photo world continues. Popular does not mean good, it only means popular. The best and worst thing about the digital photography era is that it made taking pictures easier, cheaper and more available to everyone. 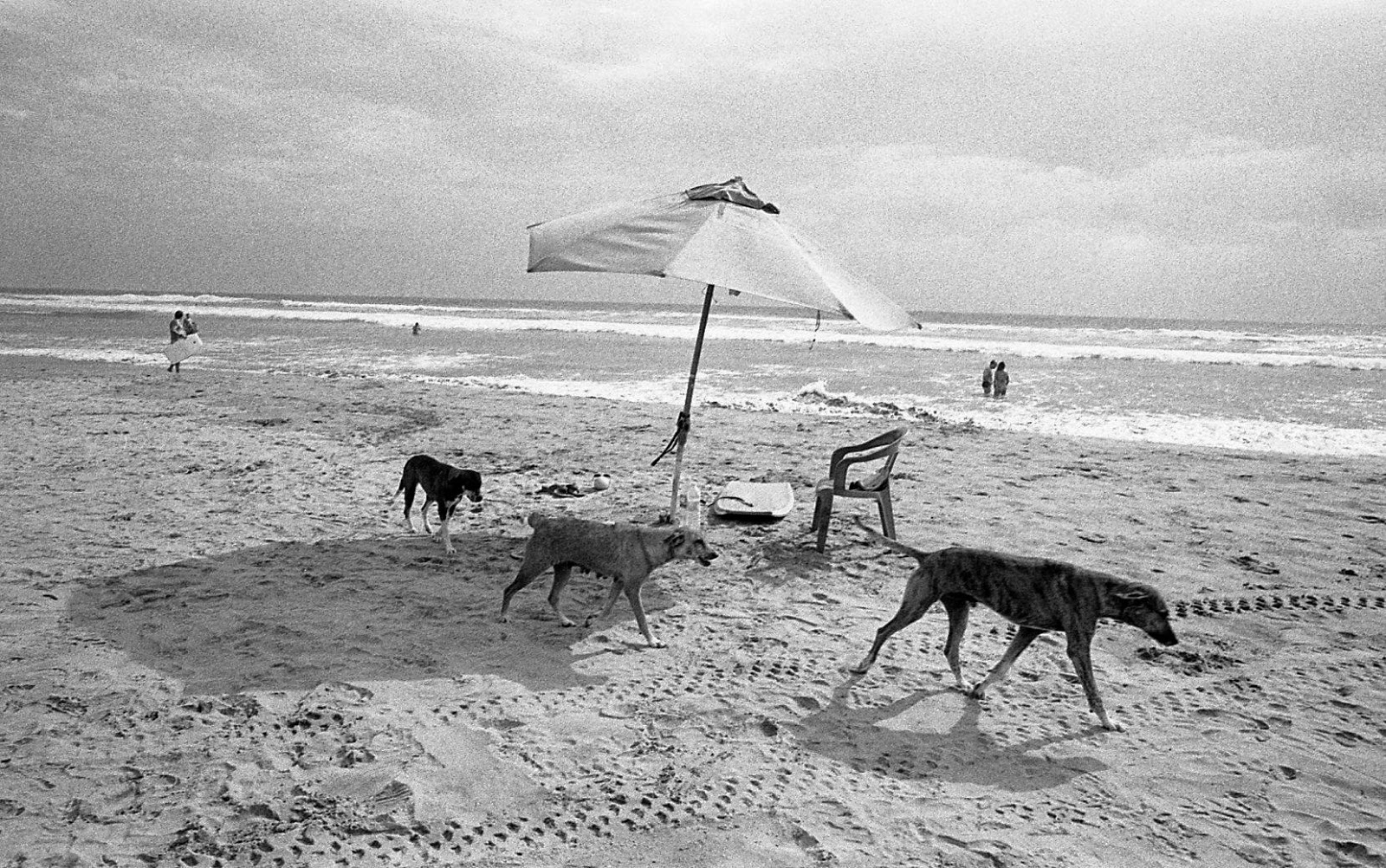 Q2. When you started photo school (School of Visual Arts) what did you think your options would be (+ 30 years)? I'm interested in what you remember wanting, how long it took to get, if you had a plan…?

A2. In my first year at SVA I figured out two things. First, I never thought I could make a living as a photographer and I was fine with that. Second and most importantly I thought that if I could get two pictures a year that I really loved I could have an interesting book of photographs by the time I was 50. These two principals saved me. It took all the pressure off. I just didn't think about the idea of showing work, making books and being "famous". It gave me the freedom to just take pictures for myself.

In fact, other than a few friends, nobody saw any of my personal work between 1983 and 1999 the year I had a show at the Stephen Daiter Gallery in Chicago. So to answer your question I never considered any options and my plan was to take pictures for 25 years then make a book of my best pictures. Interestingly my first book came out in 2004, which was 24 1/2 years after I started SVA.  I think I just realized that for the first time. Hey, and I still had a few years until I was 50! Damn, that's cool.

Q3. Name 3 influences & if you can remember what they said to inspire you.

A3. I’ve had many influences like Crumb, Kubrick, Zappa, Salinger, Vonnegut, Kerouac, Erwitt, Frank, Winogrand but I’ll keep this to people in my real life that have personally influenced me early on in my life.

First I would have to say my father. He was a total disaster at his jobs, fathering and working. He was unreliable, lied to me all the time and was a constant source of disappointment. When I got my first real photo gig doing assignments for The Image Bank in 1985 he asked me what they were paying me. I told him, I think it was $30k a year, and he said, "That's not very much money." This from the guy that lost all his money in the stock market and hair-brained get rich schemes. He lost our home when I was 16 and left me to live on my own with no guidance or financial help. So he was a big influence in many ways.

Second would be Abby Robinson, my teacher at SVA. She taught me many things about photography but possibly the most profound might have been this. We were doing class critique and she pointed out a little something going on in the corner of one of my photos that she liked. I said something like, oh that was an accident. She smiled and said, "If it keeps happening it’s not an accident." I still say that to my students, know why? Because its true and it says pretty much everything that needs to be said about how we take pictures.

This is really tough, but for my third influence I'll pick Lisette Model my teacher at The New School. She was looking at my photos one day and said, "You must respect your subjects." I knew exactly what she meant and I never forgot it. If you're ever looking at one of my photos and think I'm mocking my subject, you're wrong. I may present an honest image but I assure you I'm not demeaning them. 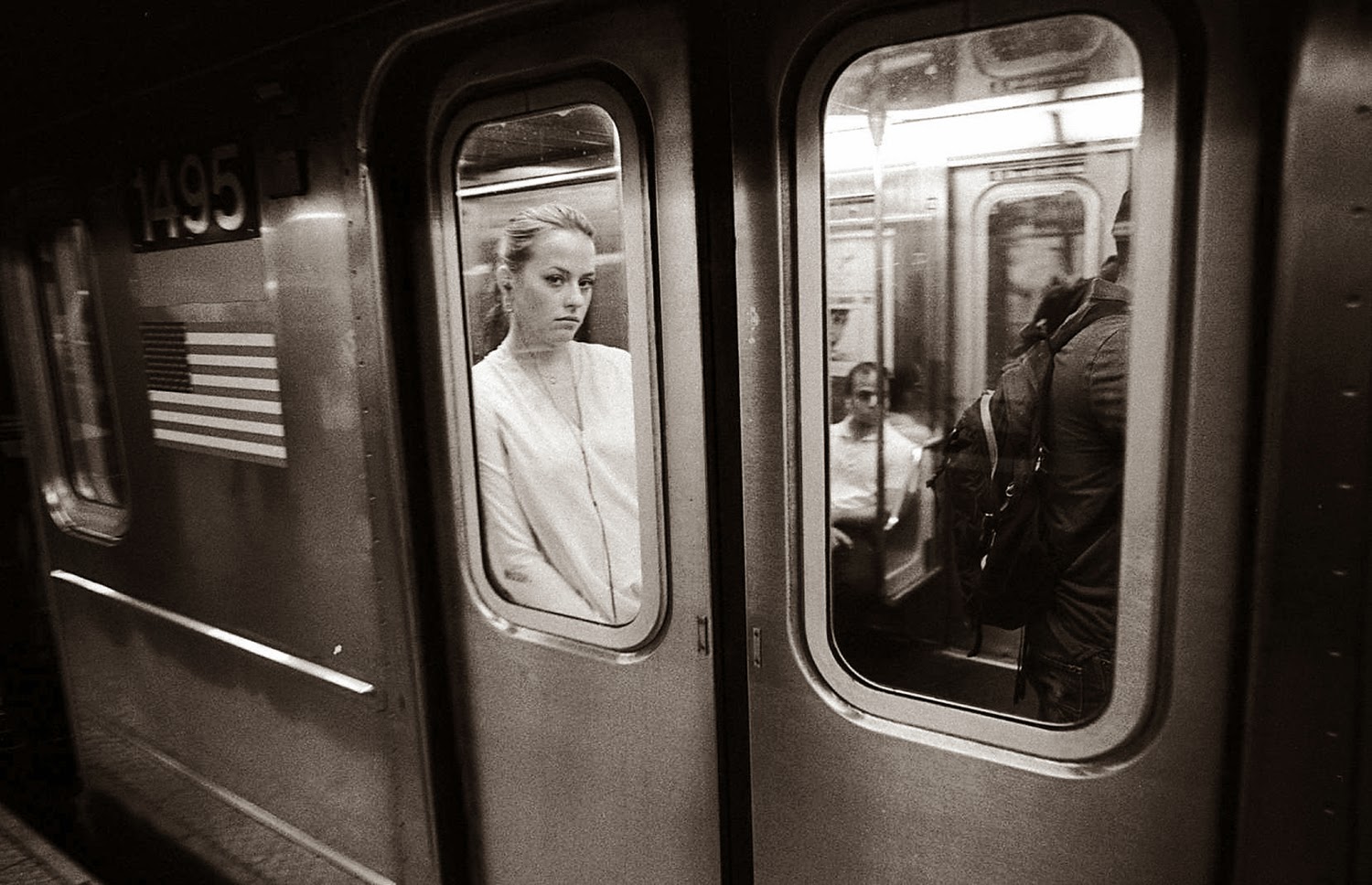 Q4. Who would you consider to be the best photographers (dead and/or alive?) People you feel have influenced the "fine art" culture as you put it?

A4.1. Eliot Erwitt -should be that photography doesn't have to be serious to be good and or important. 2. Garry Winogrand is the best street photographer of all time, big influence. 3. Lee Friedlander showed me that you can be cerebral and funny. 4, 5, 6. Diane Arbus, Irving Penn and August Sander taught me portraits are not boring. 7. I saw Les Krims in my freshman year at SVA for the first time. He was just so weird it fascinated me. 8. Lewis Hine, like Penn, Arbus and Sander took amazing portraits, but he also documented history in a unique way. I love that! 9. Josef Koudelka for the honesty and grit in his photos. 10. Robert Frank because his photos showed such emotion and truth. 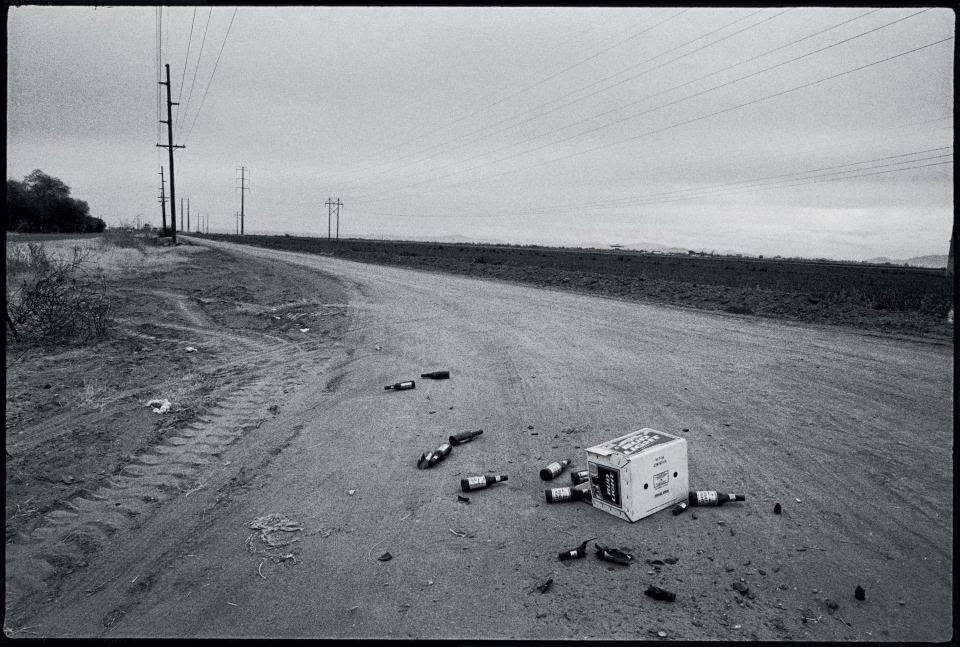 A5. Well that is the biggest challenge in my life these days. I have one priority over all others, my family. Next would be my personal work and working with other photographers. It’s strange how it all blends together and I never ever have enough time for all of it. I think I take on too much, but I have trouble saying no to things that either seem fun or helpful to others. Yeah, I’m not good at the balancing act. I think one day, maybe next week I'll just say that's it. I'm done...who knows?

Q6. Would you encourage your kid to be a photographer? If so, why and if not, why not?

A6. I would advise my kids, two boys, to do whatever they had a passion for. I’m lucky, neither one wants to be a photographer!
My advice to anyone wanting to be a photographer these days is simple. Get a regular job that won’t be a daily torture and take pictures for fun on your own time. If taking pictures isn't fun, then do something else.

7Q. What question would you like me to ask you?

7A. Ask me what its like to have a one person show at MOMA and ask it to me the night of the opening. 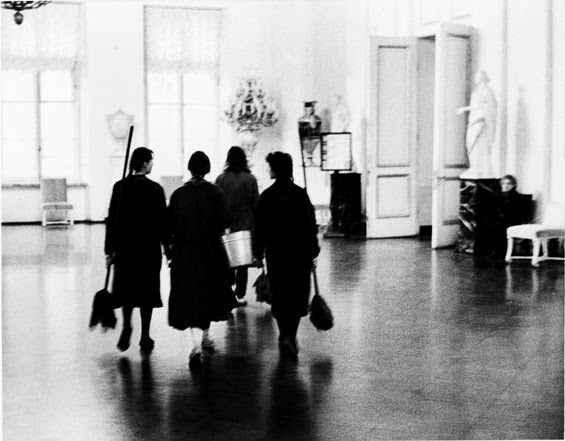 8A. It’s funny you should ask. That show was in repeats on TV when I was a kid and I actually felt connected to Topper because I saw ghosts too!

David will be sharing his wisdom in an upcoming program “The Artists in a Professional World: Three Photographers Three Perspectives”  on April 29, 2014 at The Penumbra Foundation in New York City, along with Paris Visione and Eliot Dudik.
Link: http://capworkshops.org/11156-2/